10 Words Every Girl Should Learn 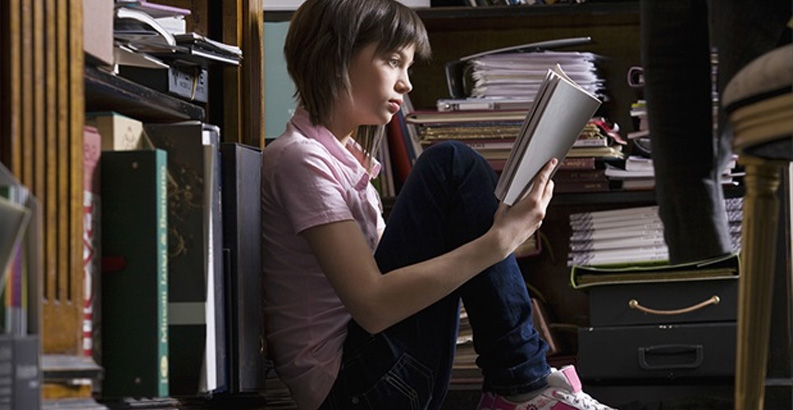 In fifth grade, I won the school courtesy prize. In other words, I won an award for being polite. My brother, on the other hand, was considered the class comedian. We were very typically socialized as a “young lady” and a “boy being a boy.” Globally, childhood politeness lessons are gender asymmetrical. We socialize girls to take turns, listen more carefully, not curse and resist interrupting in ways we do not expect boys to. Put another way, we generally teach girls subservient habits and boys to exercise dominance.

I routinely find myself in mixed-gender environments (life) where men interrupt me. Now that I’ve decided to try and keep track, just out of curiosity, it’s quite amazing how often it happens. It’s particularly pronounced when other men are around.

This irksome reality goes along with another — men who make no eye contact. For example, a waiter who only directs information and questions to men at a table, or the man last week who simply pretended I wasn’t part of a circle of five people (I was the only woman). We’d never met before and barely exchanged 10 words, so it couldn’t have been my not-so-shrinking-violet opinions.

These two ways of establishing dominance in conversation, frequently based on gender, go hand-in-hand with this last one: A woman, speaking clearly and out loud, can say something that no one appears to hear, only to have a man repeat it minutes, maybe seconds later, to accolades and group discussion.

After I wrote about the gender confidence gap recently, of the 10 items on a list, the one that resonated the most was the issue of whose speech is considered important. In sympathetic response to what I wrote, a person on Twitter sent me a cartoon in which one woman and five men sit around a conference table. The caption reads, “That’s an excellent suggestion, Miss Triggs. Perhaps one of the men here would like to make it.” I don’t think there is a woman alive who has not had this happen. The cartoon may seem funny, until you realize exactly how often it seriously happens. And — as in the cases of Elizabeth Warren or say, Brooksley Born — how broadly consequential the impact can be. When you add race and class to the equation the incidence of this marginalization is even higher.

This suppressing of women’s voices, in case you are trying to figure out what Miss Triggs was wearing or drinking or might have said to provoke this response, is what sexism sounds like.

These behaviors, the interrupting and the over-talking, also happen as the result of difference in status, but gender rules. For example, male doctors invariably interrupt patients when they speak, especially female patients, but patients rarely interrupt doctors in return. Unless the doctor is a woman. When that is the case, she interrupts far less and is herself interrupted more. This is also true of senior managers in the workplace. Male bosses are not frequently talked over or stopped by those working for them, especially if they are women; however, female bosses are routinely interrupted by their male subordinates.

This preference for what men have to say, supported by men and women both, is a variant on “mansplaining.” The word came out of an article by writer Rebecca Solnit, who explained that the tendency some men have to grant their own speech greater import than a perfectly competent woman’s is not a universal male trait, but the “intersection between overconfidence and cluelessness where some portion of that gender gets stuck.”

Solnit’s tipping point experience really did take the cake. She was talking to a man at a cocktail party when he asked her what she did. She replied that she wrote books and she described her most recent one, River of Shadows: Eadweard Muybridge and the Technological Wild West. The man interrupted her soon after she said the word Muybridge and asked, “And have you heard about the very important Muybridge book that came out this year?” He then waxed on, based on his reading of a review of the book, not even the book itself, until finally, a friend said, “That’s her book.” He ignored that friend (also a woman) and she had to say it more than three times before “he went ashen” and walked away. If you are not a woman, ask any woman you know what this is like, because it is not fun and happens to all of us.

In the wake of Larry Summers’ “women can’t do math” controversy several years ago, scientist Ben Barres wrote publicly about his experiences, first as a woman and later in life, as a male. As a female student at MIT, Barbara Barres was told by a professor after solving a particularly difficult math problem, “Your boyfriend must have solved it for you.” Several years after, as Ben Barres, he gave a well-received scientific speech and he overhead a member of the audience say, “His work is much better than his sister’s.”

Most notably, he concluded that one of the major benefits of being male was that he could now “even complete a whole sentence without being interrupted by a man.”

I’ve had teenage boys, irritatingly but hysterically, excuse what they think is “lack of understanding” to [my] “youthful indiscretion.” Last week as I sat in a cafe, a man in his 60s stopped to ask me what I was writing. I told him I was writing a book about gender and media and he said, “I went to a conference where someone talked about that a few years ago. I read a paper about it a few years ago. Did you know that car manufacturers use slightly denigrating images of women to sell cars? I’d be happy to help you.” After I suggested, smiling cheerily, that the images were beyond denigrating and definitively injurious to women’s dignity, free speech and parity in culture, he drifted off.

It’s not hard to fathom why so many men tend to assume they are great and that what they have to say is more legitimate. It starts in childhood and never ends. Parents interrupt girls twice as often and hold them to stricter politeness norms. Teachers engage boys, who correctly see disruptive speech as a marker of dominant masculinity, more often and more dynamically than girls.

As adults, women’s speech is granted less authority and credibility. We aren’t thought of as able critics or as funny. Men speak more, more often, and longer than women in mixed groups (classrooms, boardrooms, legislative bodies, expert media commentary and, for obvious reasons religious institutions.) Indeed, in male-dominated problem solving groups including boards, committees and legislatures, men speak 75% more than women, with negative effects on decisions reached. That’s why, as researchers summed up, “Having a seat at the table is not the same as having a voice.”

Even in movies and television, male actors engage in more disruptive speech and garner twice as much speaking and screen time as their female peers. This is by no means limited by history or to old media but is replicated online. Listserve topics introduced by men have a much higher rate of response and on Twitter, people retweet men two times as often as women.

These linguistic patterns are consequential in many ways, not the least of which is the way that they result in unjust courtroom dynamics, where adversarial speech governs proceedings and gendered expression results in women’s testimonies being interrupted, discounted and portrayed as not credible according to masculinized speech norms. Courtrooms also show exactly how credibility and status, women’s being lower, are also doubly affected by race. If Black women testifying in court adopt what is often categorized as “[white] women’s language,” they are considered less credible. However, if they are more assertive, white jurors find them “rude, hostile, out of control, and, hence [again], less credible.” Silence might be an approach taken by women to adapt to the double bind, but silence doesn’t help when you’re testifying.

The best part though is that we are socialized to think women talk more. Listener bias results in most people thinking that women are hogging the floor when men are actually dominating. Linguists have concluded that much of what is popularly understood about women and men being from different planets, verbally, confuses “women’s language” with “powerless language.”

There are, of course, exceptions that illustrate the role that gender (and not biological sex) plays. For example, I have a very funny child who regularly engages in simultaneous speech, disruptively interrupts and randomly changes topics. If you read a script of one of our typical conversations, you would probably guess the child is a boy based on the fact that these speech habits are what we think of as “masculine.” The child is a girl, however. She’s more comfortable with overt displays of assertiveness and confidence than the average girl speaker. It’s hard to balance making sure she keeps her confidence with teaching her to be polite. However, excessive politeness norms for girls, expected to set an example for boys, have real impact on women who are, as we constantly hear, supposed to override their childhood socialization and learn to talk like men to succeed (learn to negotiate, demand higher pay, etc.).

The first time I ran this post, I kid you not, the first response I got was from a Twitter user, a man, who, without a shred of self-awareness, asked, “What would you say if a man said those things to you mid-conversation?”

Socialized male speech dominance is a significant issue, not just in school, but everywhere. If you doubt me, sit quietly and keep track of speech dynamics at your own dinner table, workplace, classroom. In the school bus, the sidelines of fields, in places of worship. It’s significant and consequential.

People often ask me what to teach girls or what they themselves can do to challenge sexism when they see it. “What can I do if I encounter sexism? It’s hard to say anything, especially at school.” In general, I’m loathe to take the approach that girls should be responsible for the world’s responses to them, but I say to them, practice these words, every day:

It will do both boys and girls a world of good. And no small number of adults, as well.

Soraya L. Chemaly writes about feminism, gender and culture. She writes for the Huffington Post, Feminist Wire, BitchFlicks and Fem2.0 among others.